Bizarre natural landscape design on the sunny plateau of Renon

Europe’s tallest and most perfectly shaped earth pyramids are to be found on the Renon mountain in several locations: in the gorge of the Finsterbach creek between Longomoso and Monte di Mezzo, in the Katzenbach-creek gorge below Soprabolzano, and in the gorge of Gasters in Auna di Sotto. 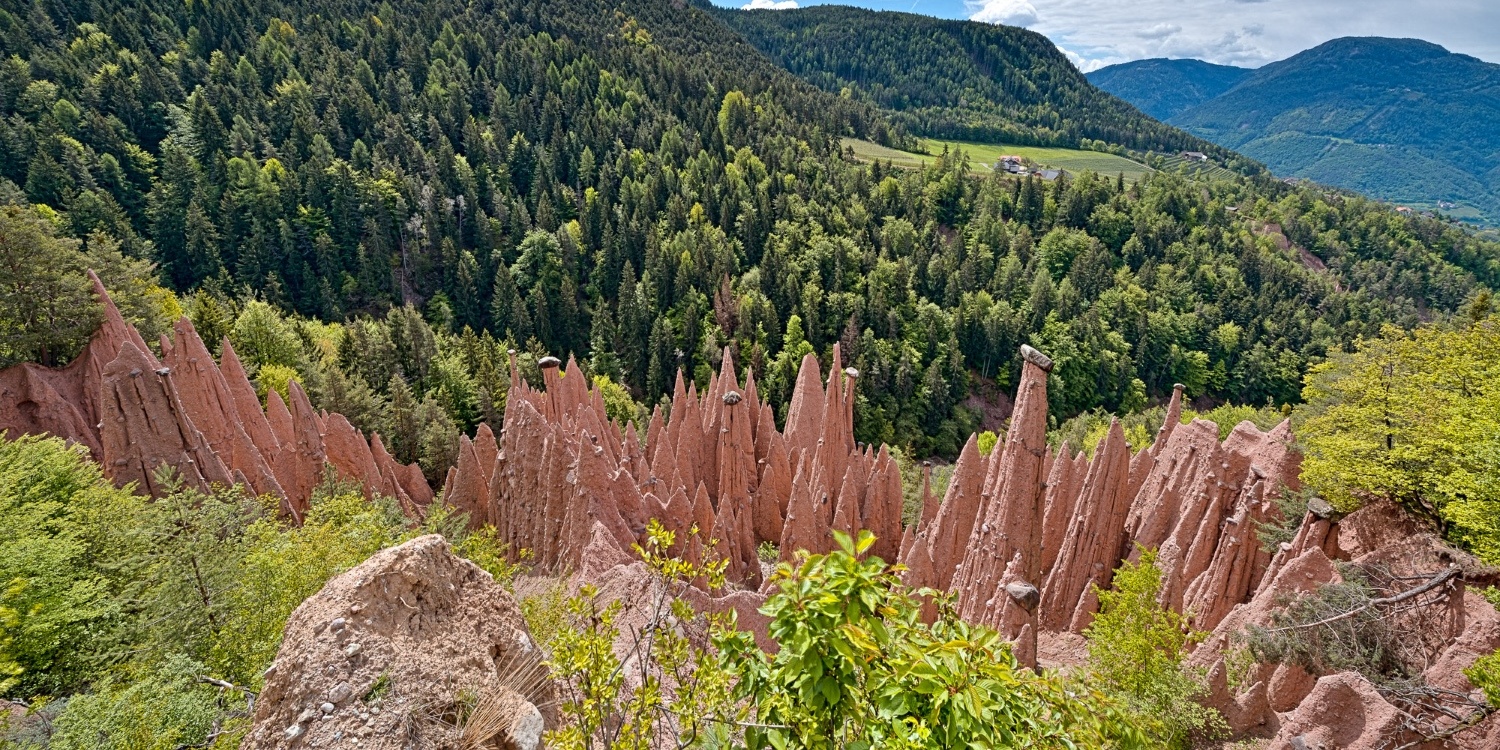 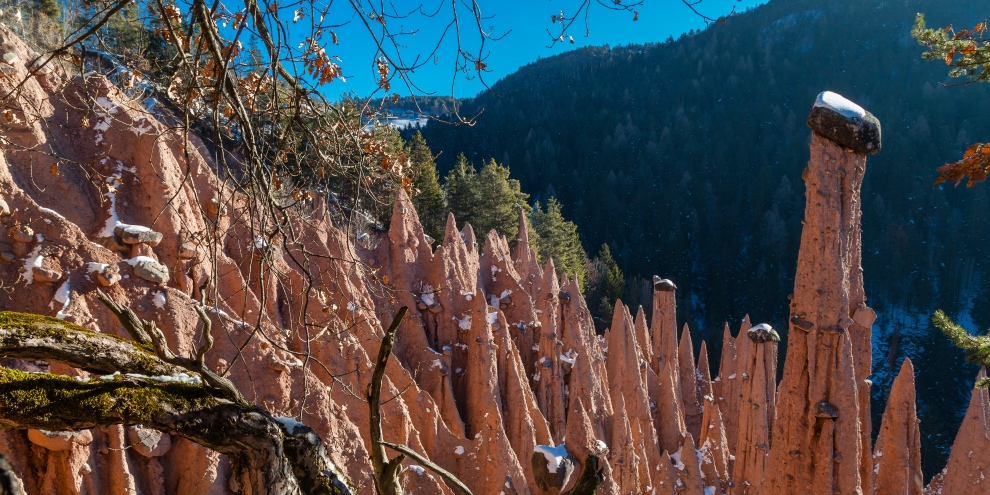 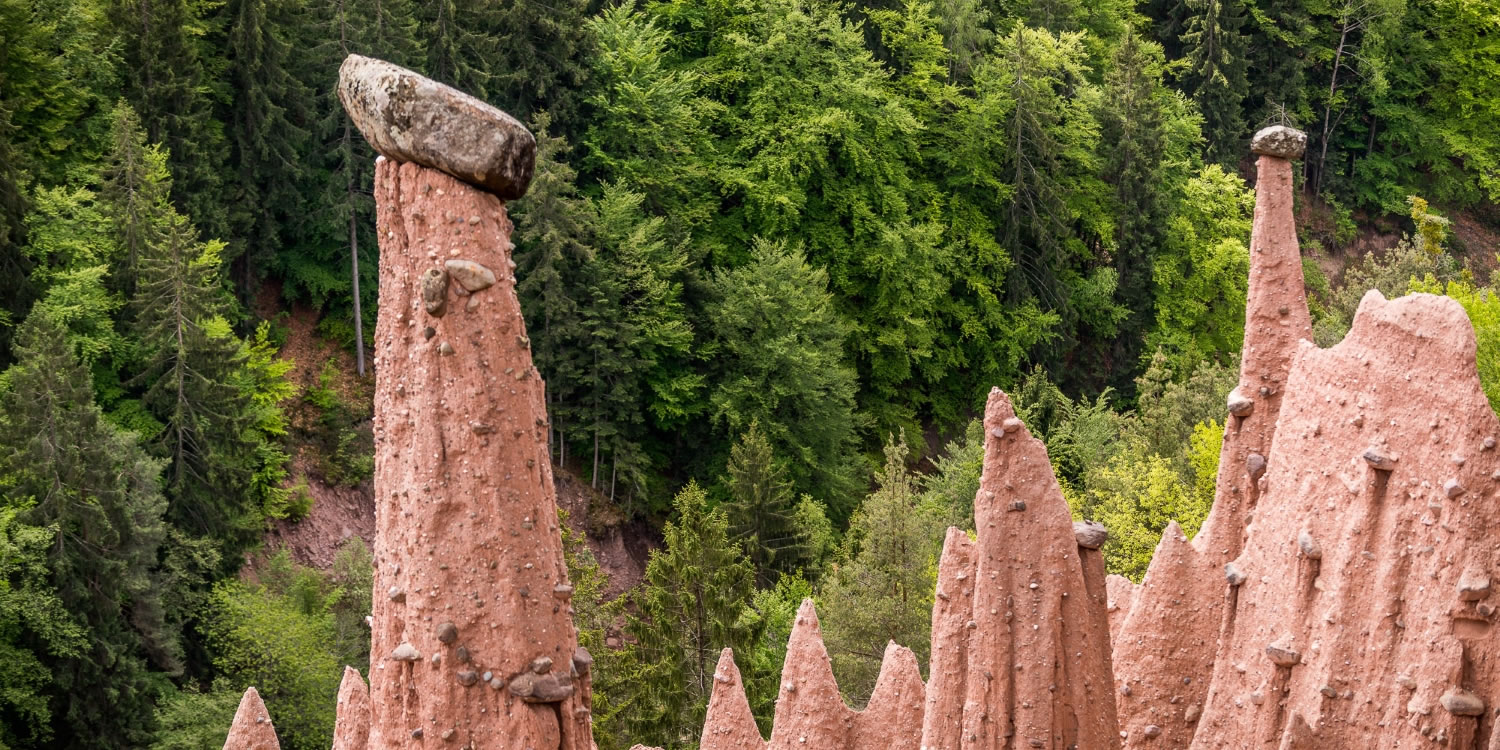 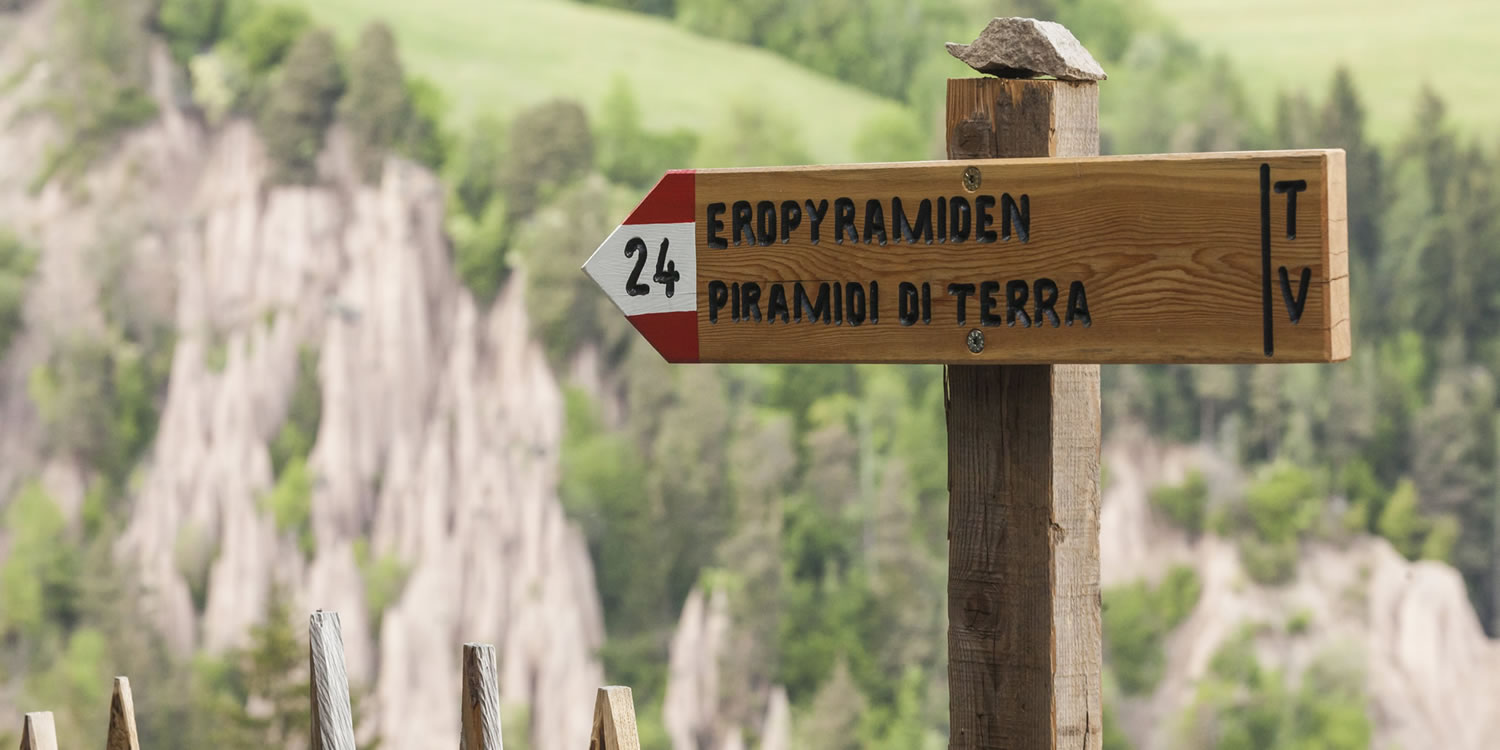 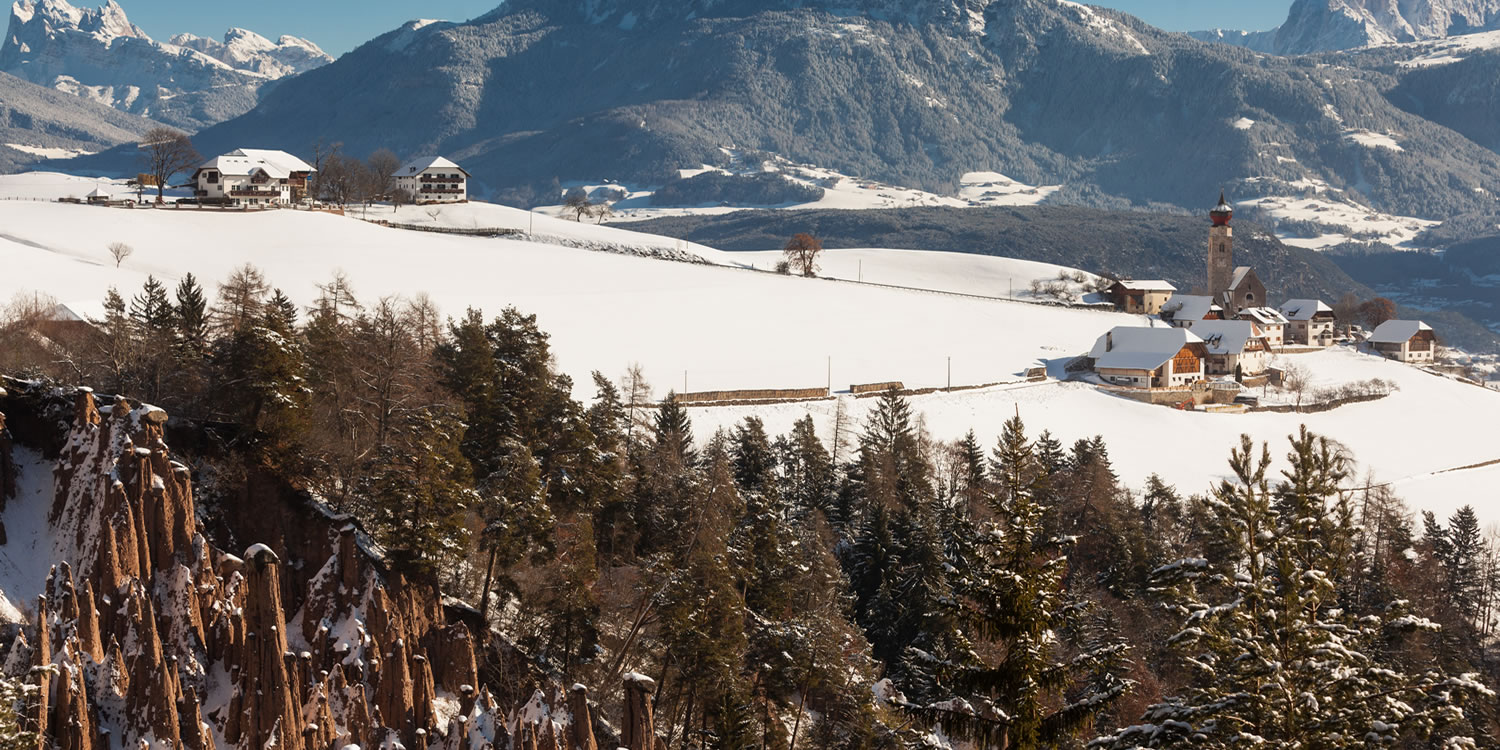 Earth pyramids consist of cone-shaped pillars formed by deposited clay and a boulder on top - they often form rather bizarre shapes, and tend to be shrouded in mystery. But there is an explanation for their existence. Earth pillars started forming from moraine clay soil left behind after the last Ice Age when the glaciers of the Valle d'Isarco covering the valley melted away. In dry condition the soil is hard as stone, but, as soon as it rains, it turns into a soft muddy mass, starts sliding, and so forms 10 to 15-meter-steep slopes. Through additional rainfall, these slopes will erode. However, where there are rocks in the muddy mass, the clay soil underneath these rocks stays protected from the rain. So, while the surrounding material is continually carried off with the weather, the protected pillars literally rise out of the ground to form majestic earth pyramids. It’s hard to tell how long the formation of a full-blown earth pyramid actually takes, simply because it depends on too many factors. It’s just as difficult to assert how old an earth pyramid might be or can get. What we can say for certain though is that the biggest and prettiest ones develop over the timespan of thousands of years. Once the boulder falls from its peak, an earth pyramid quickly bites the dust. When this happens, the material below is naked, exposed to the rain, and the pillar shrinks with every rainfall. While one earth pyramid vanishes through this process, a bit further up the slope the next one comes to life.

Earth pyramids- A miracle of nature: Watch the movie here:

Earth Pyramids - a wonder of nature

Send a postcard from the view point of the Renon pyramids!
You might also be interested in 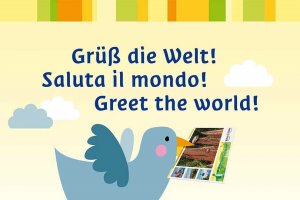 Booking
Weather
Webcam
360Â° Tour
Mobility
Media
Stories
0
OK
This website uses cookies. The use of cookies is regulated in European Directive 2009/136/EC (E-Privacy). For legitimate interest, we also use Google Analytics to analyze our website; the IP address will be transfered shortened to Google. By clicking on "OK" you agree. To protect your privacy, you can customize your preference management regarding online advertising in the current browser here. To stop third-party tracking technologies used on this website from using your information for personalized online advertising, click "Opt-Out".
» Privacy